A Virtual Team can be created to provide an additional group of users outside of the Team structure. This could be used for combining users from different Teams - such as a cross-departmental project or regions - into one group calendar.

You can also use Virtual Teams to create a more complex approval structure for certain employees if you wish to do so. 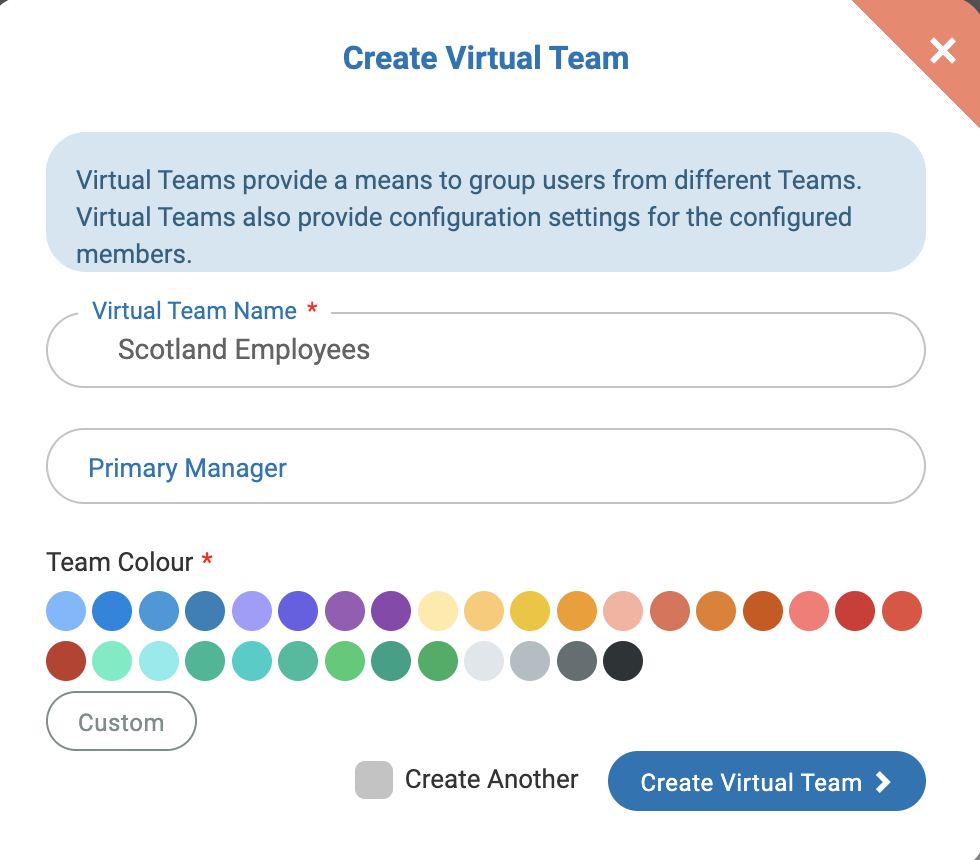 The Virtual Team will now appear in the Virtual Teams list. You can open it to add Approvers, Managers and adjust calendar settings.

You don't need to have an Approval Flow within a Virtual Team. 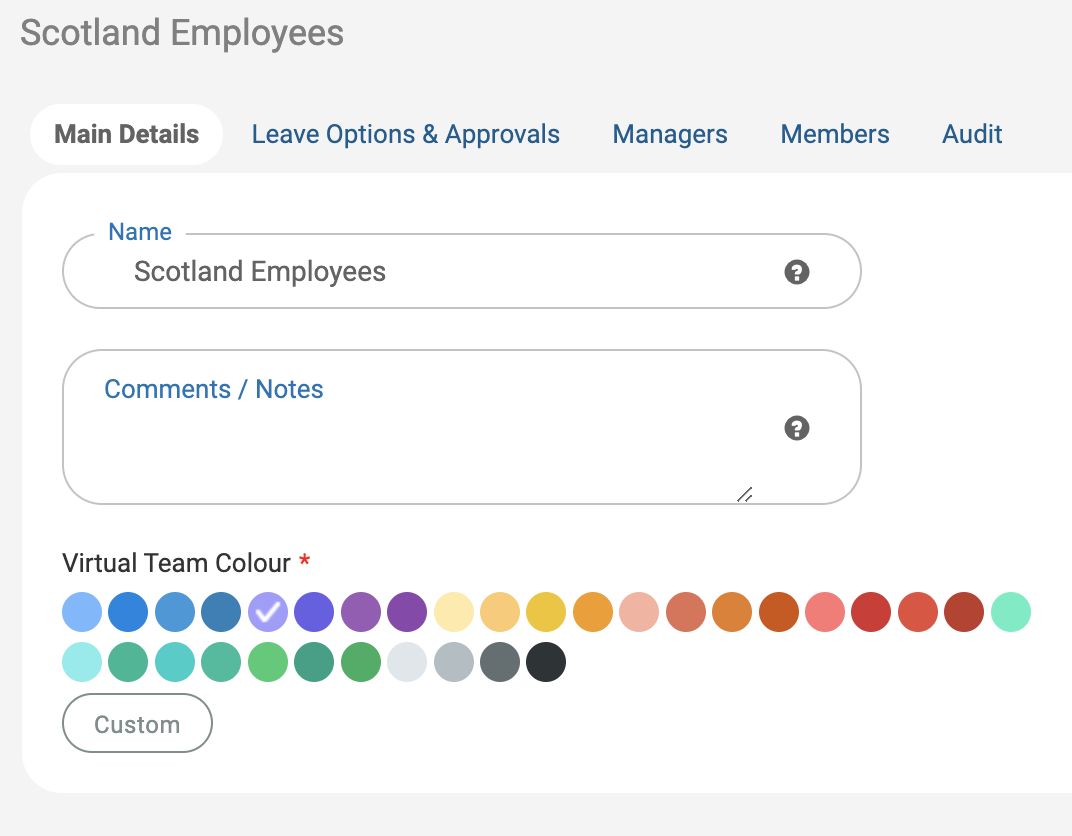 Work your way through the tabs to change the configuration. Add employees to the Virtual Team from the Members tab. You can only be a member of one Virtual Team, so if the employee is already in a different Virtual Team they will be moved.

Click Save Changes to ensure your settings are saved.

It's possible to set up Approval Flows within Virtual Teams. This is a more complex configuration so read through the following guidance, but do reach out to the Support Team for further help if you need it.

To help explain this, we will use two different scenarios.

An organisation is spread across different countries. There are members of the Marketing team located in Scotland and England.

We can create a Team for Marketing as well as a Virtual Teams for both Scotland and England.

On the Marketing Team Approval Flow, we can set Level 1 to use the Virtual Team.

Once either of the Virtual Team Approvers has approved the Request, it will route back to the Marketing Team Manager for final approval. 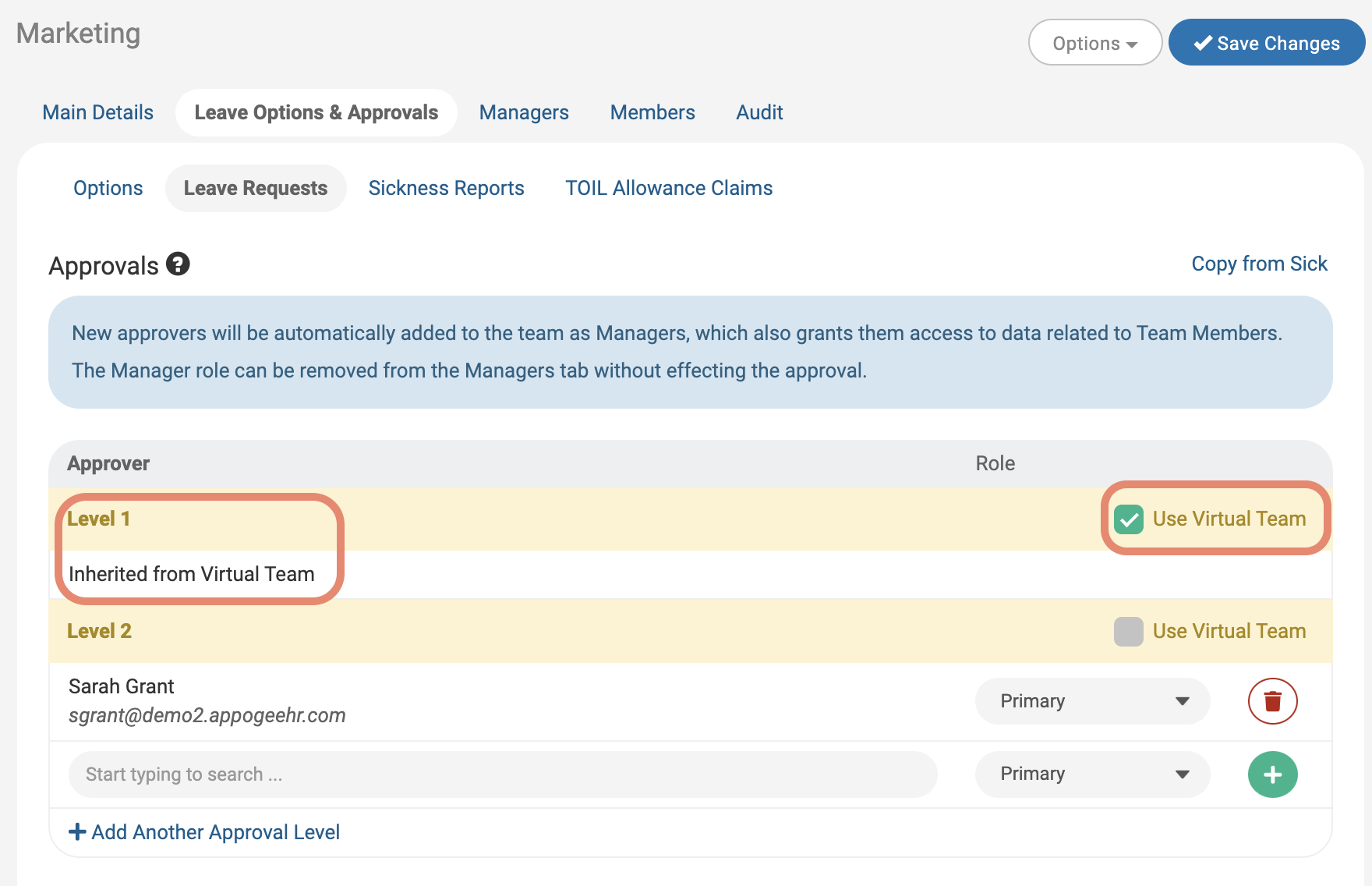 We can create a separate Virtual Team and add the Team Lead as a member while adding the Head of Technical as the approver and Manager.

Now, on the Development team, we can add the Virtual Team approval flow as a second level. The system will check if any members of the Team are also members of a Virtual Team, and if so, send the approval to them after the first-level Manager has approved it. 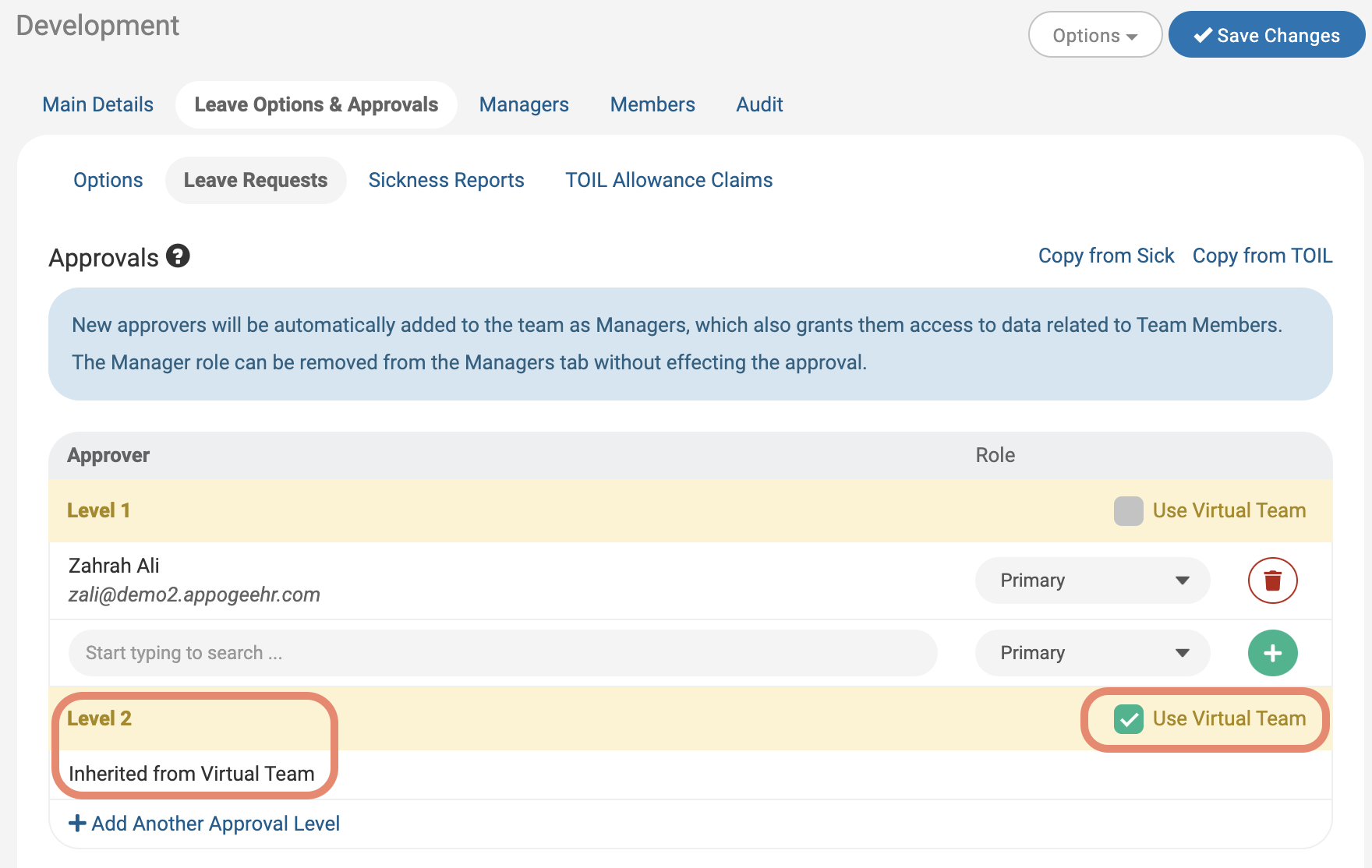 The one caveat here is that the Team Lead will need to approve their own leave at Level 1 before it routes to their Virtual Team Manager at level 2.